Our services also available to all greek ports, for more information please contact us. 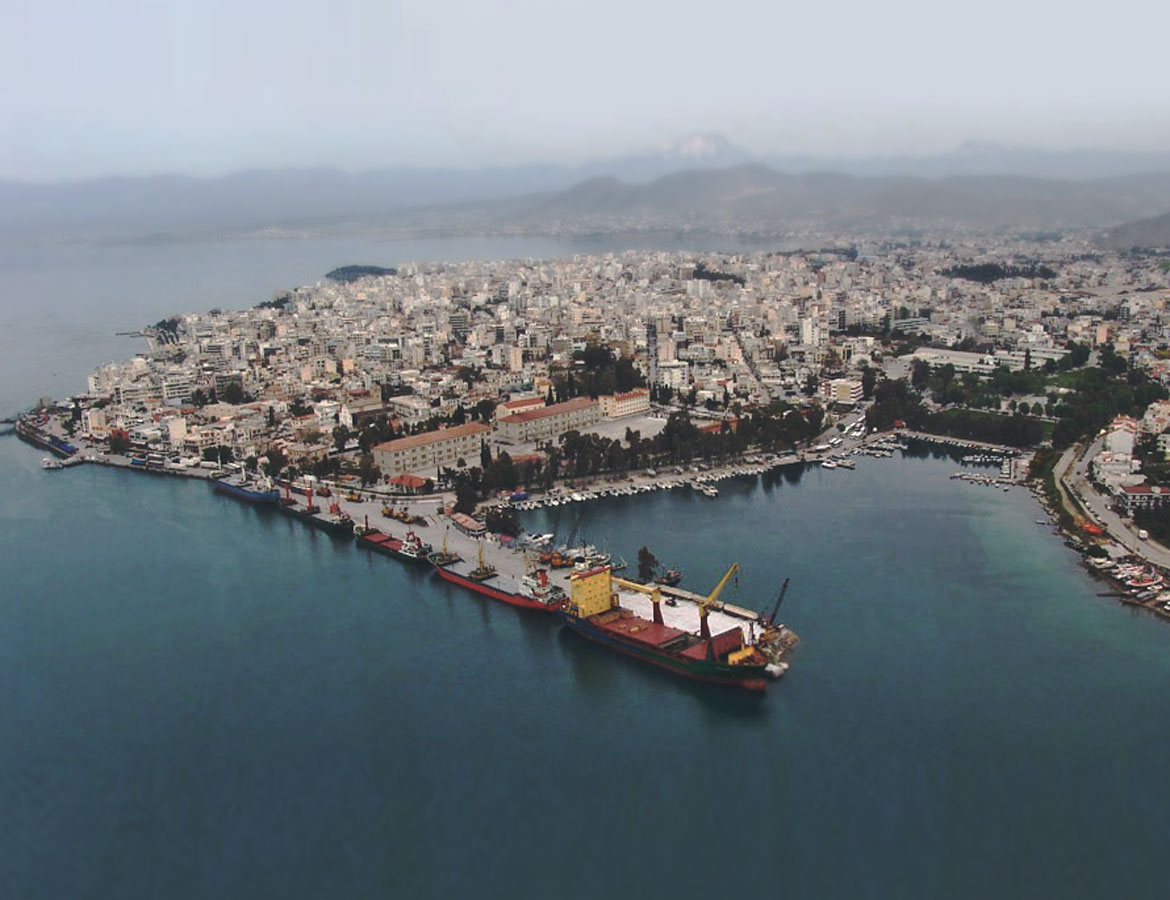 One highlighting characteristic of Chalkis city is the unique tidal phenomenon that draws tourism all over the world. The tidal phenomenon of Chalkida, observed in the famous Evripos Channel, is a very rare phenomenon of a change of direction in the flow of the sea currents. This phenomenon has provoked the admiration and interest of humans from ancient times, not only from an astronomical and geophysical perspective but also a philosophical one.
The mystery and beauty of this phenomenon captivates the visitor, as its combination with the imprint of the channel creates a remarkable panorama.

The natural flow of the current towards one direction lasts six (6) hours. Immediately afterwards follows a timeframe of approximately eight (8) minutes when the waters remain dormant. After the dormancy of those eight minutes the waters change their orientation and move in the exact opposite direction for another six (6) hours. This interminable process through time has no beginning and end.

However, just as with every rule there are exceptions, the universe could not abstain from this. In the duration of a lunar month there are two periods of “insubordination”, when the currents do not display a regular flow, do not obey to any law of nature and, naturally, the change of direction every 6 hours is not in effect. These periods of “insubordination” occur twice within the lunar month and last for three days each time. During these periods it is possible for the waters to change direction up to 14 times per 24 hours or, conversely, no change to occur at all for an entire day.

The movements of the Moon around the Earth and those of the Earth around the Sun effect in such a way that the double attraction applied on our planet by the Sun and the Moon constantly changes direction, causing the application of forces on the earthly waters of the channel, that consequently change their direction periodically.

The Sun’s attractive force, despite its incomparably greater mass, is three times smaller than that of the Moon, because it is far more distant.

(From the book of Charalampos N. SFETSAS “Chalkida and the tidal phenomenon”)

Chalkis City has the Chalkis Commercial Port with an average of 800 cargo vessels per year and with the most common cargoes being loaded / discharged such as iron products, non-ferrous metals, fertilizers, chemicals, constructing materials and other similar cargoes.